Team owner Jack Leconte will race the beautiful blue and white machine at Dubai Autodrome in the new GT & Prototype 00s class, which is devoted to the eclectic mix of sports car racing machinery of the late 1990s and early 21st century.

Larbre’s example of Saleen’s flagship racer is famous for being the only privately-run car to have won the post-2005 GT1 class at Le Mans. Its 2010 triumph capped an extraordinary pre-season effort from the French squad to update the vehicle for new regulations.

Created by Californian businessman Steve Saleen and powered by a 600 hp, seven-litre Ford V8 engine, the S7R was an American underdog going up against the major car brands of the later GT1 era.

First raced in 2000, it achieved some success with different teams in the USA and Europe, but patchy reliability prevented it from realising its full potential.

In 2006 Oreca took over the car’s development and worked with Saleen’s engineers to apply some enhancements. After winning the 2007 Le Mans Series, Oreca ventured into prototypes as a constructor which resulted in Larbre Competition stepping in to run the improved S7R.

Larbre had strong 2008 and 2009 seasons with the Saleen, winning LMS races and a French national title with drivers including Patrick Bornhauser, Christophe Bouchut and Laurent Groppi. But a change to the GT1 regulations meant that it faced a busy winter to prepare for 2010. The S7R’s homologation had expired and Larbre, with support from Oreca, ACE and Tork plus approval from Saleen, created new parts to comply with the FIA’s requirements.

The changes included a newly designed engine and bespoke exhaust system that increased the power and made the car even more durable for long-distance races. Also new were the ECU (electronic control unit), dashboard display, wiring loom, ceramic wheel hubs and two-element rear wing, plus a new six-speed transversal gearbox from Xtrac. Furthermore, the team fitted a wooden floor plank to ensure the correct ride height, increased the minimum weight by 50 kilos and reworked the car’s aerodynamics.

It was a huge challenge to get ready for 2010 considering the team had a narrow two-month window to comply with various FIA deadlines. The process cost €421,000 at the time and demanded hard work and perseverance from the dedicated people involved. Leconte would later describe that demanding period as the “springboard” for a hugely successful season that is etched as a highlight in his team’s long history.   After positive showings at the first two LMS races, Larbre headed to Le Mans where it had secured an entry after spending 2009 on the reserve list. At the Circuit de la Sarthe, its solo Saleen went up against the likes of Matech’s Ford GT1s, Pratt & Miller’s factory Chevrolet Corvette C6.Rs, JLOC’s Lamborghini Murcielago and Young Driver AMR’s Aston Martin DBR9 which took the GT1 pole.

Despite some minor gearbox issues in qualifying, Larbre’s Saleen S7R drove reliably throughout an attrition-filled race. After 24 hours of determination, the team took a famous victory on home soil with Swiss ace Gabriele Gardel - the 2005 FIA GT champion in a Larbre-run Ferrari 550-GTS Maranello - alongside Frenchmen Julien Canal and Roland Bervillé.

Bornhauser, who had been a crucial part of the programme, was unable to drive at Le Mans due to illness but Leconte considered him as integral to the success.

Larbre rounded off the year by winning the Intercontinental Le Mans Cup race at Zhuhai in China. It was to be the team’s final outing with the Saleen, which was rendered ineligible for 2011 as GT1 became superseded by the burgeoning GTE platform. But the memories that the S7R created - particularly that victory at Le Mans - are cherished pieces of Larbre’s history and will be celebrated when Leconte takes to the track in Dubai this weekend.

The racing programme for the second Gulf Historic Dubai GP Revival consists of practice and qualifying on Friday, followed by 40-minute races on Saturday and Sunday. 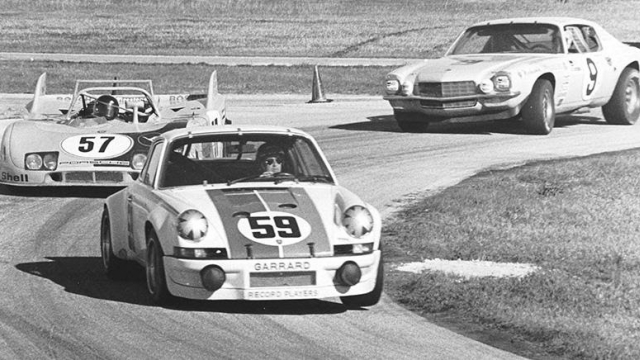 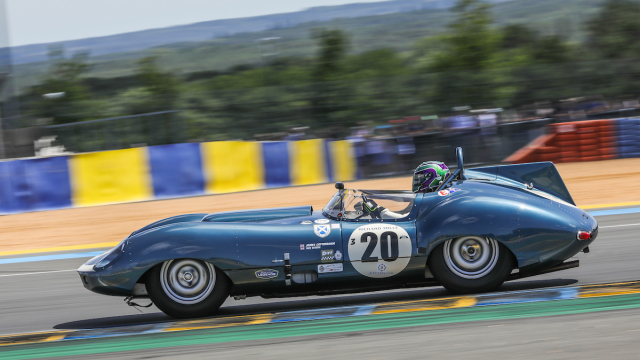 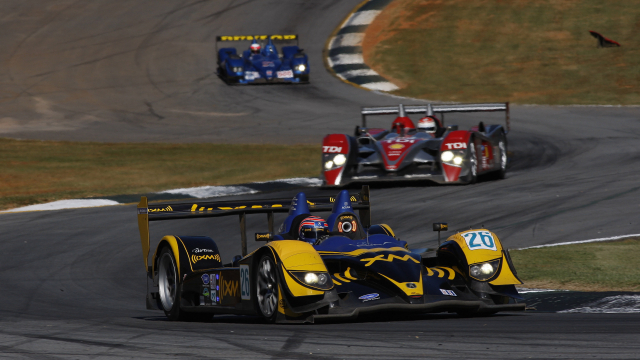